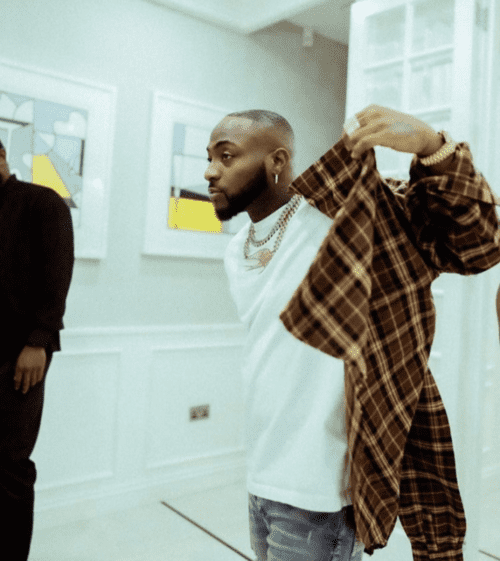 Another day for another 30BG and Wizkid FC drama.

This time, the fanbases are trending following what a Wizkid fan said about Davido’s son.

Recall that a troll Wizkid FC said Davido’s stained Ifeanyi’s white by using him as the cover art of a whack album. He also revealed that Ifeanyi is allegedly Peruzzi’s son.

As expected, Davido and Peruzzi promised to deal with the guy when they find him. Davido’s team were able to find his picture and shared it on Twitter.

Reacting to Davido’s move towards the issue, Wizkid Fc reveals that Davido has no right to threaten or hurt the troll. They claim the guy is only speaking on their behalf after the nasty things 30BG said about Wizkid’s sons; Tife and Ayo. And that Davido he hasn’t seen anything yet as they will continue to slander his family till he learns to caution his fans very well.

Sensible Nigerians on the app wasted no time in telling Wizkid FC that they have gone too far. They reminded them that Ifeanyi actually is an innocent child and it’s totally unfair to involve him in the hate they have for his father (Davido).