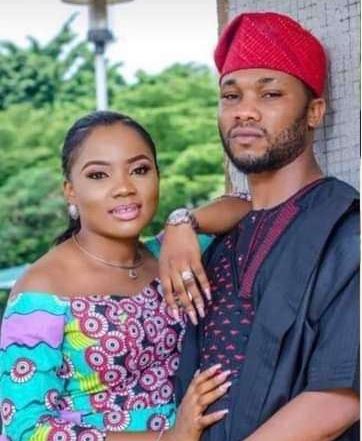 It was gathered that the sad incident which left everyone in shock happened at their residence in Okota area of Lagos State.

A source who spoke on the condition of anonymity said the said couple got married about four years ago.

“Emmanuel started abusing his wife after they had their first child. She suddenly became disgusting to him and he always looked for every reason to be vioent towards her.”

The source further narrated that Chigozie started cheating on his wife to an extent that he started threatening her to leave the marriage.

Chigozie will also abuse Itunu physically. He will beat her severely if she dare ask for the N2.7million she loaned him.

Itunu got pregnant with their second baby, he abused her until the baby died inside of her. She was rushed to the hospital but unfortunately, both Itunu and the baby died yesterday, Thursday, March 10, 2022.

GistsNews gathered that the husband took to his heels when she was hospitalized but returned when he was informed that his wife was dead. He came crying, stating that he was not at home.