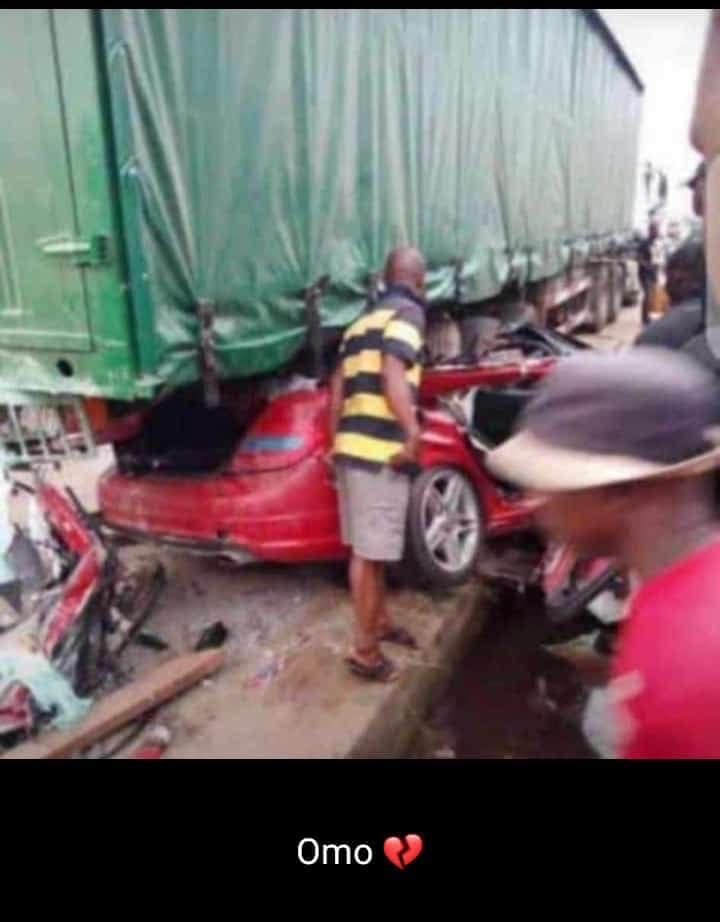 5 undergraduates have reportedly lost their lives after their Benz ran under a stationary truck along Kwale expressway in Delta State.

All 5 including 2 ladies were returning from a night club in the early hours of Tuesday, 15th March, 2022 when the fatal accident happened.

According to reports gathered, the young men alleged to be students of a Federal University in the state bought the Benz shortly before the ASUU strike took place and were returning from a birthday celebration held at the club house they attended.

As at press time, Sector Commander of the FRSC could not be reached for comments but eyewitnesses disclosed that there was actually no surviver.