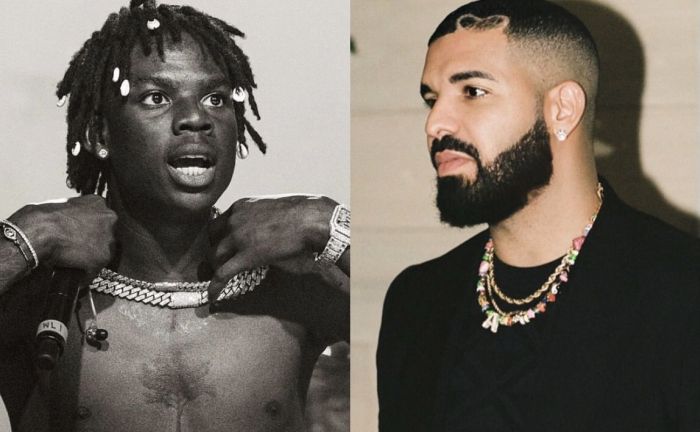 The Mavin sensational singing star Rema has a record with the Canadian heavyweight rapper and singer.

Sensational Nigerian singer, songwriter, and performer, Divine Ikubor, popularly known as Rema, has confirmed that he has a pending hit song with Canadian superstar Drake.

The Mavin Records/Jonzing World signee, who recently revealed how he felt when American rapper Kendrick Lamar followed him on Instagram, has given his fans more to look forward to as regards his activities in the international music scene.

Rema, who already has songs with International stars like Chris Brown, 6lack, and a slew of others.

In the brief interview with English journalist and Youtuber Amelia Dimoldenberg for her web series “Chicken Shop Date,” casually mentioned that he has a song with Grammy-award winning act Drake, which is titled “Mention”.

Watch the video below:-