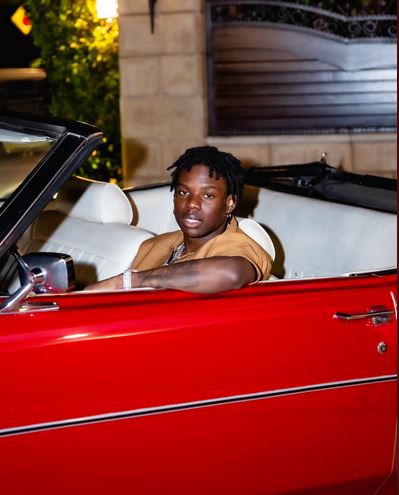 Popular Nigeria Artist Rema at his ‘Rave & Roses’ album listening party made a special announcement about launching a NFT strictly for just his fans when asked a question at the event.

The young superstar was talking about his debut album ‘Rave & Roses’ and just how special the album is for him as an artist when he was asked a question by one of his fan.

The “Calm Down” crooner was asked if he would be putting out an NFT project by a fan at the event which he went ahead to confirm that there would indeed be an NFT project for the ‘Ravers’.

He also confirmed that he would be featuring Chris Brown on the album. Chris Brown is one of the few International stars that would be gracing the talented artist album which would be dropping on the 25th of March.

Watch the announcement below👇🏻