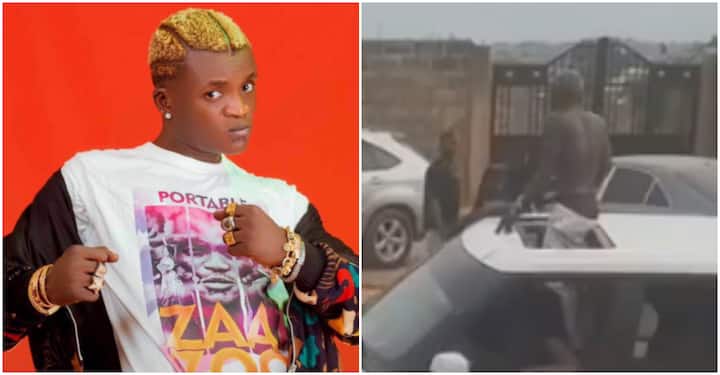 Fast-rising singer, Portable is in the news again, and this time, it’s for exchanging blows with hoodlums aka area boys in a full street fight on his birthday.

According to reports made, the singer refused to give the boys money and it escalated into a full fight that Portable unbuttoned his shirt. Portable seen fighting with area boys.

In the video that has made the rounds, the singer with his shirt halfway through his body held a stick as he approached some boys who were still throwing blows.

Nigerians react to video A shirtless Portable was eventually dragged away from the scene by a lady but he was reported,y beaten up with his car heavily destroyed.

Watch the video below: