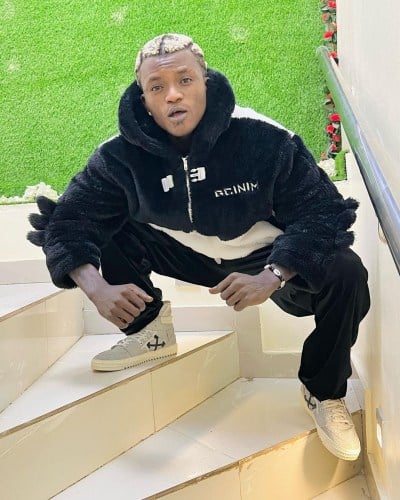 Fast rising artist, Portable has surprisingly reconciled with his former boss, Mr Ijaomode Yusuf a few hours after dragging him out on Instagram.

Recall that Portable called out Mr Iyaomode for sending touts to beat him up and destroy his car when he went to celebrate his birthday at Sango Ota.

According to Portable, his ex-boss did that because he left him after a series of deception, betrayal and also theft.

He also claimed that Ijaomode is a cultist who forced him to join his cult group, but later turned on him by accusing him of stealing an iPhone and a tricycle.

However, Portable in his most recent post on  IG said he has forgiven Ijaomode and all is in the past. He made a video where he was with Ijaomode and some of his friends having a good time together.

Portable added that he is taking back everything he said about Ijaomode, and Ijaomode is a good man.
We don’t know if the earlier callout was a publicity stunt, but we wish Portable all the best in the industry..