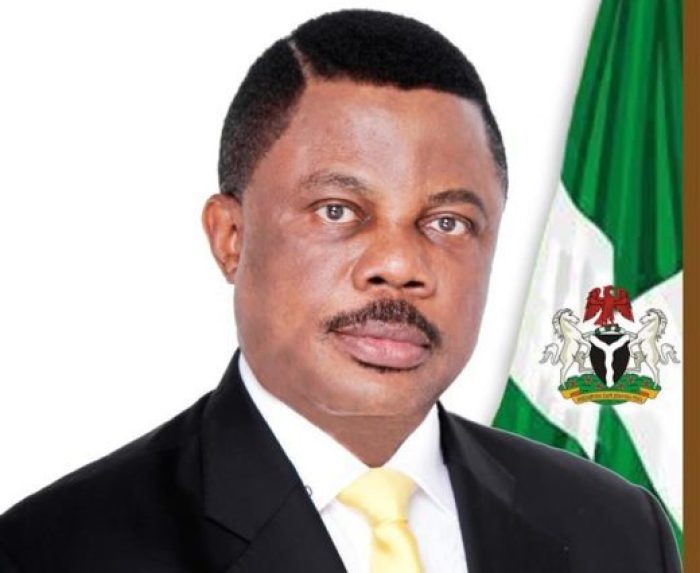 The Economic and Financial Crimes Commission (EFCC), yesterday, addded a fresh angle to the troubles of the immediate past Governor of Anambra State, Willie Obiano, as the commission sealed mansions allegedly traced to him at Ngozika Estate located in Awka.

It placed a notice, which reads: ‘EFCC, Keep Off. Under Investigation’ on the wall of an abandoned building traceable to willie Obiano, a development that followed his release after six days in the efcc custody.

The EFCC also seized Obiano’s passport following his arrest at the Murtala Mohammed International Airport on his way to Houston, United States of America, shortly after handing over to his successor, Prof. Chukwuma Soludo on Thursday, March 17, 2022.

He was granted an administrative bail, but it took another two days to meet the bail conditions, including provision of two directors of Federal Civil Service, who must have landed property in Maitama or Wuse areas of Abuja and a Senator as sureties.

It was learnt that representative of Anambra North Senatorial District, Stella Oduah was approached to stand surety for the governor ahead of his release.

EFCC’s Head of Media and Publicity, Wilson Uwujaren, was quoted as saying that Obiano was arrested for alleged “misappropriation of public funds” including N5 billion Sure-P and N37 billion security votes, which was withdrawn in cash. Part of the funds was also allegedly diverted to finance political activities in the state.


Obiano was placed on the EFCC’s watch list few months before the expiration of his tenure, just as the commission cautioned that the former governor had questions to answer over alleged sleaze while in office.

Soludo was to make the matters worse for his predecessor, when he revealed in an interview on Arise Television that willie Obiano left a debt of N109 billion for the state, and between N300 and N400 million cash in the state’s treasury.