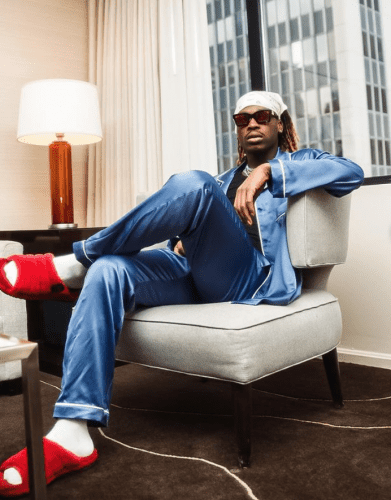 YBNL artist, Fireboy has received his second plaque in the UK for selling over 400,000 copies of PERU. The singer took to his IG account to show his fans the reward for his dope jam remix song with Ed Sheeran.

This plaque will actually be Fireboy’s second one since the release of PERU featuring Ed Sheeran In December, 2021. PERU was first certified silver in January, barely a month after it was released. It was the fastest Afrobeats song to be certified silver in less than 5 weeks. According to BRIT, a record is certified Silver after it has sold over 200,000 units.

Recall, that the PERU remix was released in December 2021, and it drove music lovers crazy after listening to Ed Sheeran’s verse. Congratulations to Fireboy DML…