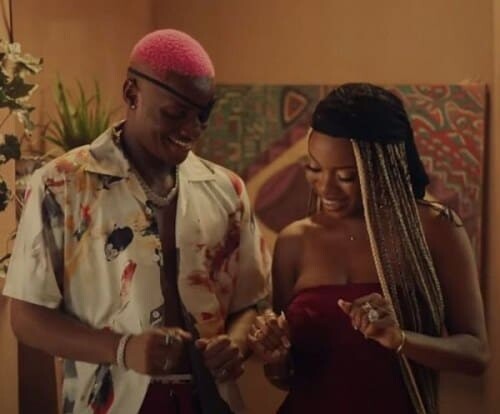 Ruger is trending currently on social media for all the wrong reasons…..

This evening, the Dior crooner found himself a victim of sexual harassment after a female fan grabbed his manhood while he was performing on stage. As seen in the video making rounds on the internet, A drunk female aggressively grabbed Ruger forcing him to walk off the stage angrily.

Many Nigerians have taken to their social media account to demand that the lady be found and arrested. #JusticeForRuger. However, a fan who attended the show was able to capture Ruger’s first encounter with this pervert. The fan claims Ruger initially called the lady on stage to dance, but when he noticed she wasn’t herself anymore, he avoided her. The lady kept coming on to him, but he avoided her as seen in the video on Instablog.


No one is certain if Ruger’s action provoked her to sexually assault him or if she was just actually drunk.