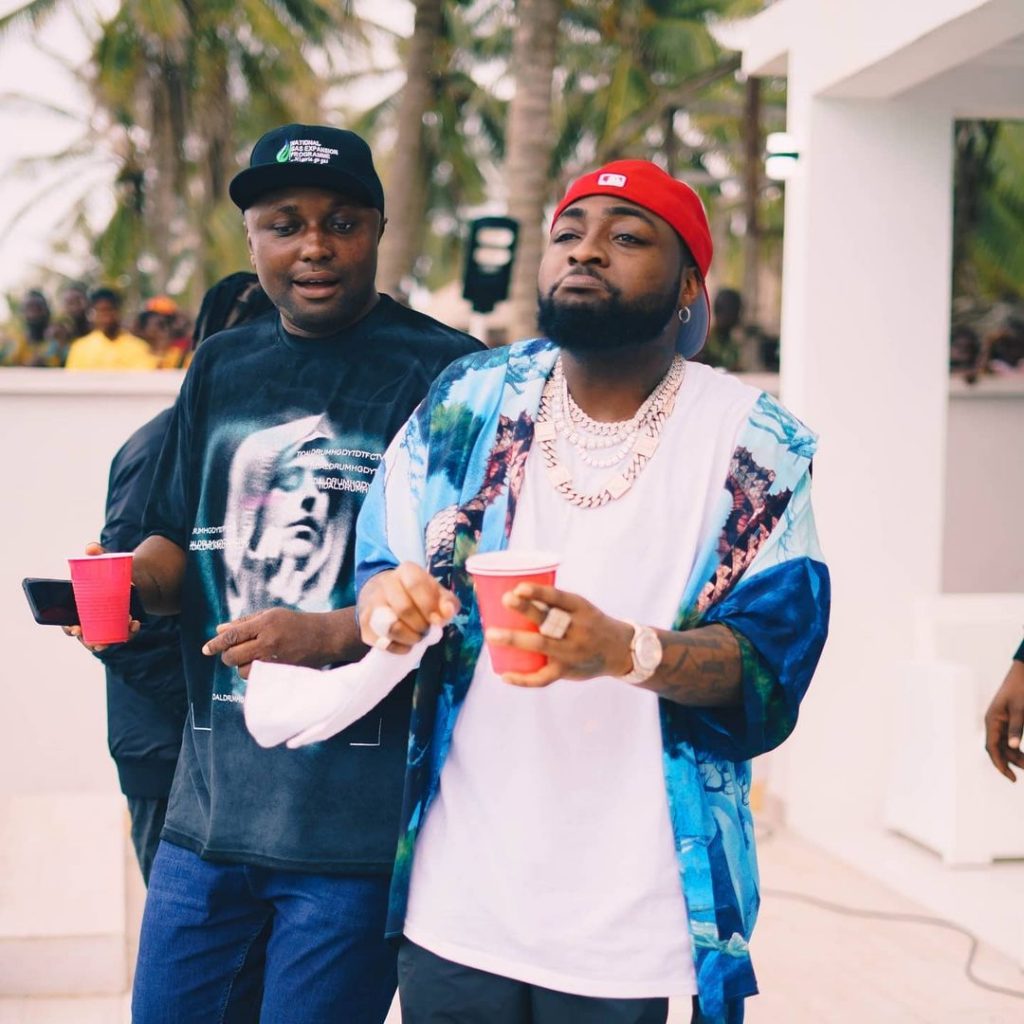 Davido’s aide Israel said he is prepared to die if he fails to take a bullet for Davido.

As seen in the video shared online, Israel was pouring Whiskey drink on the ground (in the traditional way of swearing an oath) and in the process said if he fails to take a bullet for  his boss, Davido, the earth should kill him.

Social media users are of the view that Israel was under the influence of alcohol and will regret what he said when he is sober. Others were more concerned about Israel’s unusual loyalty to Davido and have advised Davido to let relieve Israel of his duty.

As expected, some users found the display funny and have been tagging Davido to have a look at what his employee is doing.

Watch the video below;