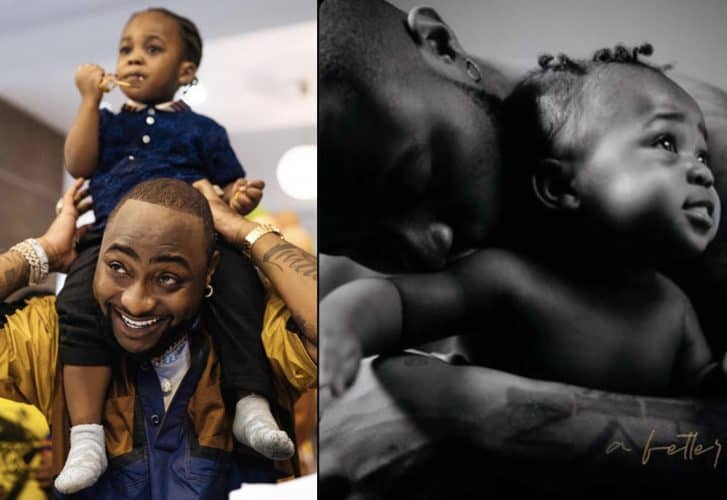 Popular Nigerian singer, Davido has warned a wicked troll who involved his child, Ifeanyi in his beef with him.

The troll who is simply identified as Mdee took to Twitter to drag Davido first for not cautioning his fans in regards to Wizkid’s matter.

According to this troll, Davido decided to ruin Ifeanyi’s career by using him as cover art for his A Better Time album. He wrote that Even after he Used Ifeanyi for his cover art, that it didn’t guarantee the success of the album.

Mdee also mocked OBO for allegedly sponsoring Peruzzi’s son blindly. He claims that Peruzzi is the real father of Ifeanyi and Davido should ask Chioma questions in regard to that.

Reacting to the drag and slander from Mdee, Davido warned Mdee never to involve his children in his beef with him. He asked him why he should want to ruin a child’s future just to trend.

Davido also informed Mdee that he is a Dead man walking!. He promised to show him the road to hell when he eventually gets him.