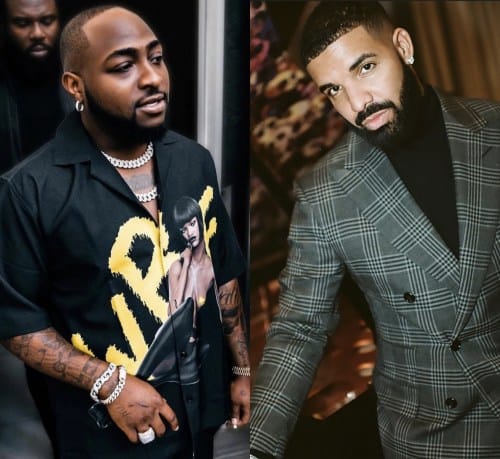 Nigerian artist, Davido has finally admitted defeat in the business of buying luxurious jewelries after seeing the price tag on Drake’s Homer Chain.

For those following Davido on social media, you would recall seeing his post about wanting Drake’s new Diamond chain after he saw the Canadian rapper rocking it at a basketball match in the US. Davido tagged and begged his Creative director, Tycoon to help him find the jeweller behind Drake’s masterpiece chain.Tycoon wasted no time in finding about the jewellery as he shared a video from clout life to his boss. The video provided vital info about Drake’s chain, even the amount he spent to acquire it. According to Clout life, Drake spent $3 million dollars, that is, #1.7 billion dollars to buy the chain.

Reacting to the news, Davido took to his IG page to repost the video. Davido reveal he was under influence of alcohol when he asked his creative director to find out about Drake’s jewellery. Davido also admitted he doesn’t have #1.7 billion to spend on a neckpiece and he is not ashamed to say it.