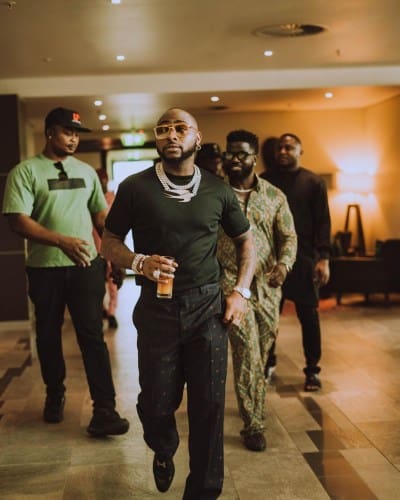 Many thought Davido was Just Capping when he said he would find the person who trolled him and son online.

The FEM crooner took to his Official Twitter account after the trolling incident to reveal the face of the guy. He shared the photo without caption and in no time, his fans began bashing the troll who goes by the name Mdee.

Mdee’s friend who must have received a part of the bashing tweeted that if anything should happens to Mdee, that Nigerians should hold Davido responsible for it.

Davido responded to the tweet and accepted with his full chest that he should be held accountable for whatever happens to the troll.