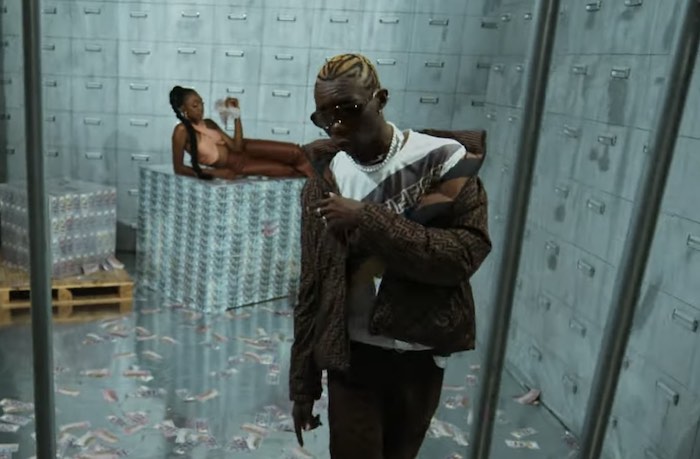 Popular Talented Nigerian rapper and songwriter Emeka Akumefule, known professionally as Blaqbonez, has revealed in detail how he got signed into his music label, Chocolate City.

The rapper made it known how he came across Chocolate City in an interview at Beat Fm.


Speaking in an interview at Beat Fm, the rapper reveals how he beings to rap as a nobody in street, school and Fm radio stations.

When asked how he got signed to Chocolate City, the “Commander” crooner explained that he travelled from OAU to Vector’s performance, where he met M.I and told him about his skills and  M.I invited him to his office and boom the signing was done.

The songwriter, who is known for his anti-love message, revealed that he is both polygamist and sapiosexual. He revealed that he has come to the realization that he just can’t be with one partner for a long time and hasn’t met a girl that understands that personality.

Blaqbonez also stated that his new project “Young Preacher” will be released in August 2022, but he did not reveal the names of the artists who will be featured on the album.


Watch the full interview below: