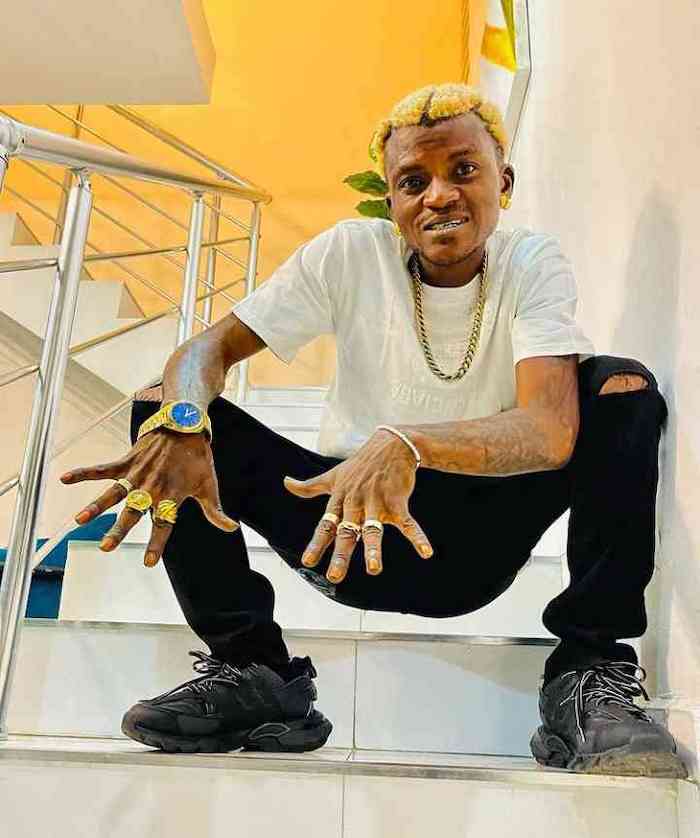 Fast-rising Nigerian artiste and entertainer Habeeb Okikiola, popularly  known as Portable has stated that he has been paid by the All Progressive Congress (APC) political party to support Bola Ahmed Tinubu in the upcoming 2023 presidential election.

Earlier on Wednesday, the singer posted a video on his Instagram account with the Governor of Osun State, Gboyega Oyetola. In the video, he endorsed the politician for the governorship election scheduled on the 16th of July in Osun State.

In another video snippet, the singer flaunted some wads of cash after his meeting with the governor. From the video posted, the money was put in a paper bag which had the insignia of Osun State on it.

Nigerians who reacted to the video expressed their anger at Portable and the governor. They called out Gboyega Oyetola, accusing him of allegedly giving out taxpayers’ money in his desperate attempt to win the election.

In a follow-up video that the ZaaZu Zeh crooner made on Thursday, he announced in Yoruba that he was paid by the All Progressive Congress political party to endorse their candidates and he was ready to promote the party since he was paid for the job.

Portable also made another claims that he was once paid to insult Bola Ahmed Tinubu in the past which he did, he also added that his attackers should allow him to do his job peacefully.

“I was once paid to insult Tinubu, but that was a long time ago. Now, I have been paid by APC to support Tinubu and I will do so. If you are paid to do something, do it well… it’s Tinubu’s turn. I must do the job which they paid me for.”

Meanwhile, the All Progressive Congress Party has yet to debunk claims made by the artiste.